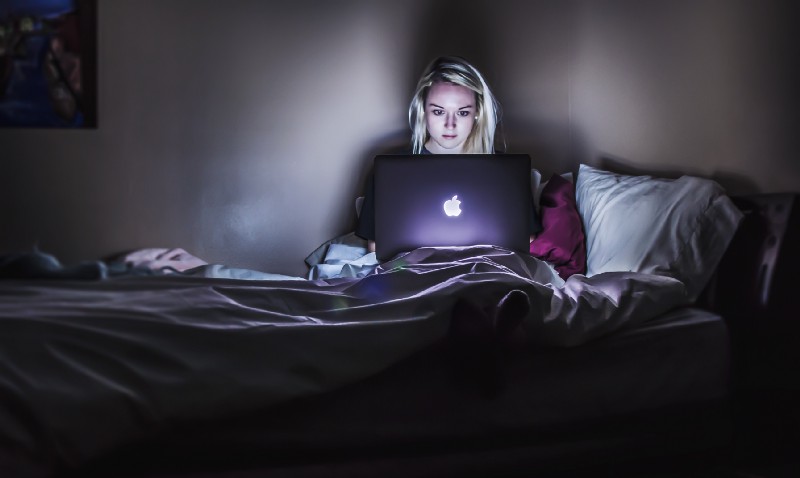 The greatly anticipated results of the Medium Writers Challenge were finally announced last week, and they seemed to stir quite a bit of controversy. The drama of it all has been relatively entertaining.

Let’s be real, I needed to hold onto something in order to convince myself to click Publish in the first place. But I honestly wasn’t that disappointed.

I know, how boring? Sorry.

This contest had come at a rather inconvenient time for me. In fact, when Medium first introduced the challenge in July, I’d nearly ruled the possibility out completely. Even as I gasped excitedly at the subject line and read the email with bated breath, I remember almost immediately crushing my own optimism.

I thought to myself, No. No. This is completely out of the question. No.

Instead of closing my email and admitting defeat, I read further out of curiosity. The newsletter went on to inform me that the brilliant feminist author, Roxane Gay, would be judging submissions for the contest. My eyes gaped in elated shock.

I continued reading. Apparently, of the four writing prompts, Roxane would be judging the category “Work.”

I almost dropped my phone. Tucked away in my drafts, there was a note titled “Toxicity Within American Work Culture” above a resume-like list of work experiences I’d had and always intended on writing about.

This was too much. I knew it had to be a sign! But why now?

The timeline of the contest seemed impossible. My boyfriend had recently accepted a teaching job in a new state. It was almost August, and he needed to prepare everything for the coming school year. We had very little time to pack everything up and hit the road, let alone scrape together enough money for the trip.

About two weeks into the contest (which ran for four weeks total) I deeply regretted my initial defeatist attitude. Since I’d already murdered the idea of fitting this project into my schedule, my list was still just a list collecting cobwebs in the drafts.

This could be the only opportunity you ever have to put your work in front of ROXANE GAY! I thought. Just do it! Submit something! Anything!

I decided I would loathe myself if I didn’t at least try. Upon opening my draft for the first time in six months, I shook my head. Turns out, I had a lot to say about “Work.” This wasn’t going to be a quick write.

Most of the essay was written in the passenger seat of my boyfriends’ car on the way to our new home. Talk about a challenge! Between the white noise of the tires grinding against the coarse road surface, the blustering wind that flailed and flapped the mattress atop the roof of the car, and the breathtaking mountain views, I was surrounded by distractions.

It was an ADHD nightmare!

I gave up at least 10 times in that car. But each time, I tried to imagine what Roxane would do in this situation. Even though I’d never actually met her, I knew she was serious about deadlines. I’d taken her skillshare course at least fifteen times. She didn’t strike me as someone who would give up on something that was important to her.

Keep going! I pushed myself to continue.

Being as stressed as I was about the move caused me to obsess over this project, which only added more pressure to the equation. I wouldn’t allow myself to submit anything less than “perfection.”

As I stated before, realistically, I knew it was highly unlikely I’d make it as the finalist. That’s not because I don’t believe in my abilities, but because I am aware of my inexperience on this platform. Besides, although the prize money was enticing, I wasn’t set on winning.

What truly compelled me was the fact that there was the smallest sliver of a chance that my name could fall into Roxane Gay’s realm.

I worked on that lousy essay until the literal last minute, and I barely published it on time. My computer was one minute fast, but my iPhone assured me I was within the deadline.

It is absolutely ridiculous how close I was to blowing it. Now, all that was left to do was wait…. and unpack.

In October, I received an email explaining that the results of the contest would be delayed. I, unlike many others, didn’t care. All I could think about was the possibility that Roxane Gay read my work.

Any of those scenarios could have happened. I may never know for certain. The only person who can confirm or deny this is Roxane Gay herself.

Who knows why I was given such an obvious sign from the universe to submit something to this contest?

Maybe the reason for all this hasty hard work was not that Roxane Gay was destined to read my writing (yet), but that this essay needed to be expelled from my drafts, or I’d surely never finish it.

Overall, this challenge forced me to construct a colossal essay during one of the most stressful months of my year. This was a big deal for me because I’m typically one to push aside extra projects when I’m overwhelmed. I am proud of myself for retiring this old habit.

Although it was an unhealthy amount of pressure I put on myself (which is the next habit I’ll work on doing away with) I’m glad that I was motivated enough to try to create something that Roxane Gay would want to read because she very well could have.

Thank you for reading! What did you think? Leave a comment below. To support my work, consider buying me a cup of coffee!